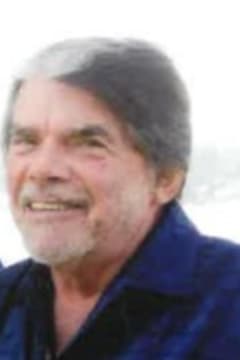 John Martin Kurosky was born May 14, 1943 and passed away due to complications from cancer on January 11, 2022 in Puyallup, Washington. John is survived by his wife of 32 years Roxanne Kurosky, his children John Kurosky (Sandy), Lori Kurosky, Ron Kurosky (Maria), Randy Kurosky (Lisa) and Tami Wooding (Tom) and the mother of his four children, Sandy Kurosky. He also leaves behind his sister Rosemary Kungl of Ohio, his niece and nephews, their families and his eleven grandchildren which he always affectionately called “The Elite Eleven”. John was born in Akron Ohio to Martin Kurosky and Katherine Anna Stahler who both preceded him in death. He graduated from Green High School in 1961 where he was an accomplished three sport athlete. Following his high school graduation, he began his career with Goodyear Tire and Rubber Company. After a brief break working with his father’s tile company in Florida, he rejoined Goodyear with moves to Arizona and California. In 1978 John moved his family to Washington state for a job with Uniroyal Tire Co. Shortly after he went to work for Sam’s Tire and opened 17 new stores for them over the next ten years. In 1987 John started his own company, Eagle Tire and Automotive in Federal Way. Eventually adding stores in Tacoma and Gig Harbor and working alongside his son Ron the entire time. John was a fixture in Federal Way with his participation in multiple organizations and generosity to the community. His involvement with Rotary International for over 30 years included his tenure as past president of the Federal Way Sunrise Rotary 2003-2004. John was also honored with the prestigious Paul Harris Fellow Award of the Rotary International. John was an avid lover of sports, especially his hometown Ohio State Buckeyes and the Seattle Seahawks. John was a season ticket holder from the inception of the Seahawk franchise in 1976. He never missed an opportunity to attend any event or activity that involved his grandchildren. He had a passion for travel, especially to his favorite destination, Cabo San Lucas, where he and his beloved wife Roxanne spent many special times with family and friends.

A celebration of life is planned on Saturday, March 19, 2022 from 2:00 – 6:00 pm at the Federal Way Performing Arts Center.
Please e-mail [email protected] if you plan to attend.