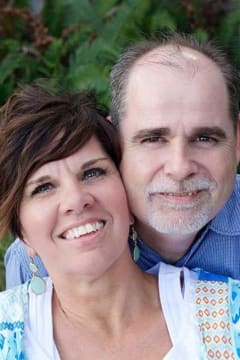 James Gerald Lawrence was born 26 October 1966 in St George Utah to the parents Ronald James Lawrence and Jeraldine Gifford. His family consists of Tony, Kerry, Scottie, Pamela, Connie Lynn, Mindy and Brenda. He was sealed to Shelly Ann Lawrence on March 5 1988 and they have four children by the names of Alexander James Lawrence, Jessica Ann Lawrence, Kennedy RaChelle Lawrence, and Danielle Elizabeth Lawrence. He spent most of his free time as a young man at his grandfathers farm riding horses and spending as much time as he could in the outdoors. The older he became the more he would become known as the movie and music buff around the home. His second family was The Cheesecake Factory where he would be known as one of the best managers and most influential men they could have asked for. His proudest moments in life would be when each of his children would graduate high school, serve missions for The Church of Jesus Christ of Latter Day Saints, and when one daughter would join the military. He would spend the last few months of his life surrounded by family enjoying as many beaches as he could. He would go on to pass away October 6, 2022 at 55 years old.

The services for James Lawrence will be the following: