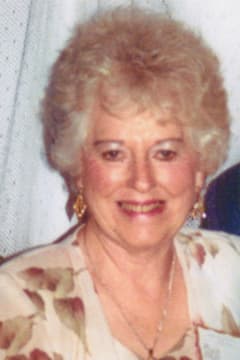 Longtime resident of Port Angeles Louise Dryke passed away peacefully at the age of 87 on May 26th at 4:34AM in Auburn WA Where she has resided the past 7 years.
Louise was born to Henry Courtsworth and Eva Mae Ritter in Cope, South Carolina on December 7th, 1934. After living in South Carolina Louise lived a short time in the Whitefish/Kalispell, Montana area prior to the family moving to Port Angeles where Louise attended 1st grade at Fairview School and graduated with the class of 1953 from Roosevelt High School.
She met the love of her life, Robert James Dryke and they were married on March 17th, 1956, at the First Baptist Church in Port Angeles. Rob brought four children to the marriage. Steve, Verne, Rhonda, and Robert Dryke. And together they added two more children. Jim and Jan Dryke.
Louise worked at the Olympic Memorial Hospital and as a Dental Assistant before marrying Rob. During their marriage she worked part time at the Pancake Pantry, Riedel’s Department store, Toro Steak House, and Alpine Real Estate, all while raising the six kids. Later at an AM/PM Store, and at Rogerson Hiller Corp. in Port Angeles.
Louise enjoyed hiking, camping, hunting, fishing, and spending time on the beach with her husband and their children. She was on a women’s bowling league, loved cards and having card parties. She loved Word Puzzles and Jigsaw Puzzles and would have thousands of pieces to put together. Louise was an avid cook making all homemade meals and know most famously for her homemade pies, cinnamon rolls, cakes, and cookies. Many came just for her homemade cooking, and she always welcomed and had room at the table for company. She entertained and hosted many gatherings at her home. Louise loved music and played the piano and the organ. She also had a love for travelling and travelled throughout the United States, Canada, and Mexico. Louise cared for her Mom Eva, and her Dad’s Sister Aunt Marion in her home during their elderly years. Louise enjoyed many friendships throughout her life which included getting together with her High School classmates.
Louise was active in the Order of Eastern Star beginning in 1970 and serving as Worthy Matron in 1978 for chapter #19 in Port Angeles, and also became a lifetime member.
Louise is survived by her six children, Steven (Lynette) Dryke, Verne (Cathy) Dryke, Rhonda (Jerry) Horejsi, Robert (Ann) Dryke, James (Emily) Dryke and Jan (Scott) Mingo, and her Brother Donald (Patricia) Ritter and her Sister Petie Marler. Along with ten Grandchildren, Brenda, Jesse, Amy, Sean, Denise, Kari, Robbie, John, Brandon and Carly. Eight Great Grandchildren, Jamison, Marin, Jesse, Taelynn, Easton, Colton, Brody, and Maddox, and three Great Great Grandchildren, Daniel, Emery and Joseph, and many Nieces and Nephews. All of these children she loved and adored.
She is proceeded in death by her Parents, her Husband, Robert James Dryke, Sister Carol Doyle, Sister Linda McDonald, and Grandson, Robbie Dryke.
Louise will truly be missed for her love, kindness, and generosity by all that knew her.
A special thanks to her caregiver Gloria for all she did this past year and a half which enabled Louise to remain in her home.
A memorial service will be held in Port Angels at the First Baptist Church on 105 West 6th St on June 25th at 10:00AM.
In lieu of flowers donations may be made to a Hospice care of your choice or your favorite charity.